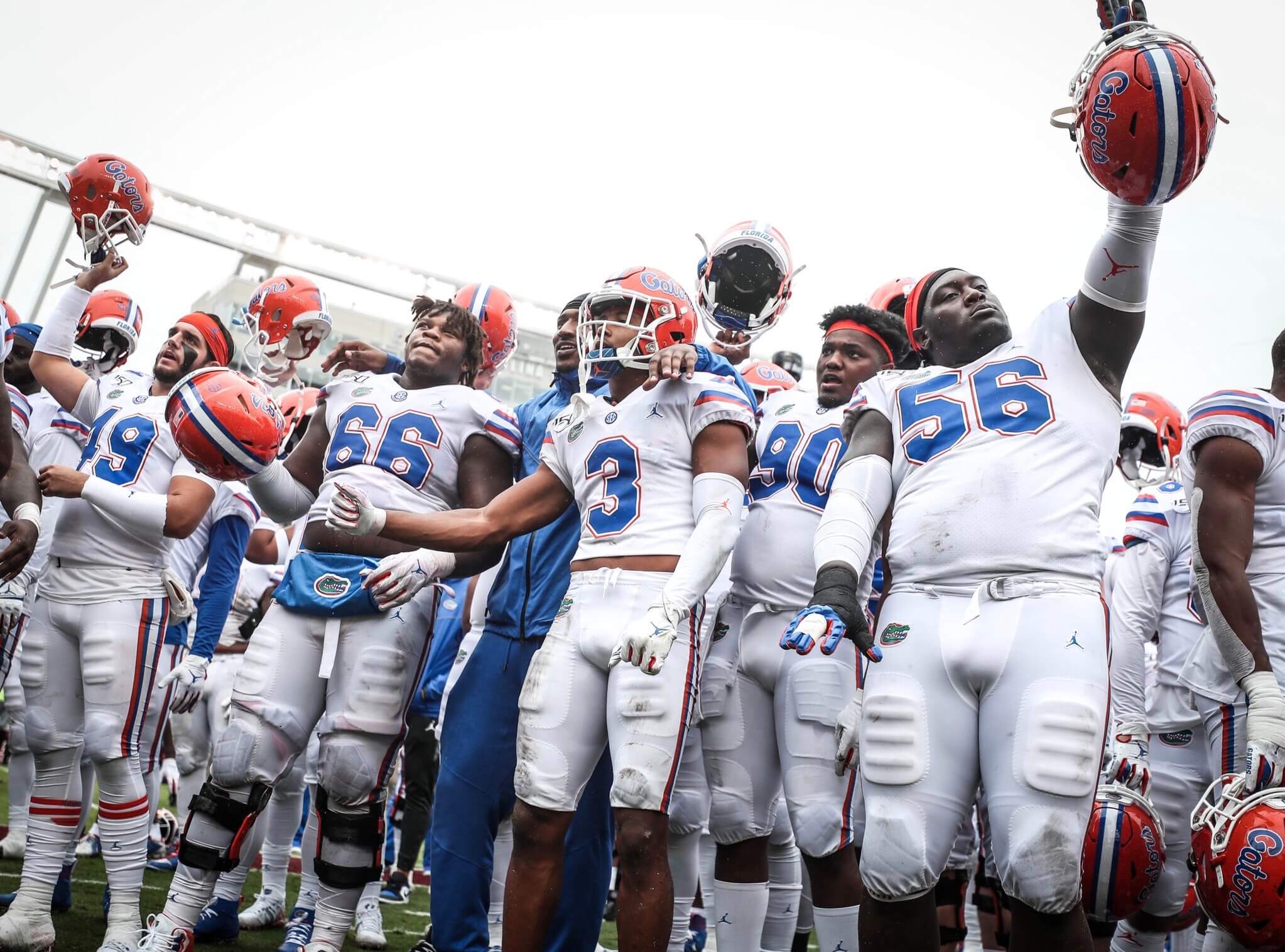 The Gators’ 38-27 win over South Carolina was not the prettiest work of art out there, but for the seventh time in eight games, added to Florida’s win total and ensures the team will enter November with everything still on the table.

So what did I take away from that win?

1: Season 2, Episode 8 of the Grantham era provided more of the same “Boom or Bust” results. Even after getting shredded by LSU, Todd Grantham currently has the Gators’ defense ranked 25th in America with 319.5 yards a game allowed… but the eye test is more of a test of your stomach strength on a rollercoaster. Florida was set on fire on the Gamecocks’ first possession of the game for a seven play, 75 yard touchdown drive, got gashed on a third and ten draw by Tavien Feaster for a 21 yard touchdown run and got zero pressure for the entirety of the game minus a Zach Carter strip-sack- which does not help Grantham’s goal of being aggressive. But Grantham also dialed up a well-timed corner blitz that resulted in CJ Henderson throwing Ryan Hilinski to the ground in the red zone to save four points, and he does get credit for the rush that resulted in the Carter strip sack. In short, Grantham continues to provide adequate overall results- but man, can there be some nauseating moments along the way.

2: The referees were atrocious… both ways. Simply put, this was one of the worst officiated football games I can remember. First, the refs missed Gamecocks cornerback Israel Mukuamu grabbing the front collar of Kyle Pitts’ jersey and yanking him to the ground in the textbook definition of pass interference. Moments later, Marco Wilson was flagged for briefly touching Bryan Edwards with both hands as he made the easily discernible move of raising his arms for the ball. As if to make up for their bad calls against Florida, the refs then missed a blatant false start by Jean DeLance on a play that became a 75 yard touchdown run from Dameon Pierce. A little while later, the refs failed to throw a flag on a questionably-intentioned rub route by Trevon Grimes that freed up Pitts on a quick touchdown flip from Kyle Trask, to which South Carolina fans responded by littering the field with garbage- which according to the rule book should be an unsportsmanlike conduct penalty. (It’s not the first time this fan base has done this, either. Or the second time.)

3: Dan Mullen really likes to throw the ball in the rain. There’s a reason for it, too. Pass rushers tend to have a difficult time establishing their feet and performing swim, rip or spin moves in muddy conditions. And while of course the wetness can adversely affect the offense, too (as best illustrated by Trevon Grimes dropping an easy ball and Trask missing a wide open LaMical Perine by about 100 feet), Mullen kept the game plan simple with lots of little slant, screen and flare routes with just enough deep shots to keep the defense honest mixed in. And it’s things like this that make me believe that although he isn’t perfect- nobody is- Mullen is the closest thing to an absolute offensive genius there is.

4: Jacob Copeland has arrived, and is here to stay. Florida lost a true playmaker in Kadarius Toney earlier this year, but what they lost in sheer explosive power they’ll have more than made up in productivity over time with the learning curve that Copeland has braved since Toney’s injury. And though he still has lots of learning and growing to do, we can finally label Copeland as a true threat in the passing game. Copeland was awesome on Saturday, leading the way with three catches for 89 yards and a touchdown in which he beat a pair of defenders to the ball, put his feet in the ground and exploded for the goal line. Though Florida will lose its three top receivers (and possibly four if Toney decides to go), the future at wide receiver is still bright with Trevon Grimes and Copeland set to lead the unit.

5: Florida didn’t let LSU beat them twice. That was the worry coming into the game, and for good reason: many attributed the Gators’ ugly 38-17 loss to Missouri last year to the fact that the team was devastated after Georgia ended their dreams of a championship the week before. The difference this time was that Florida didn’t actually get knocked out of their quest for anything with their loss to LSU, and so they needed this game even more than they needed that game. With that knowledge implanted in the players’ brains, the team came out and got the win they needed.