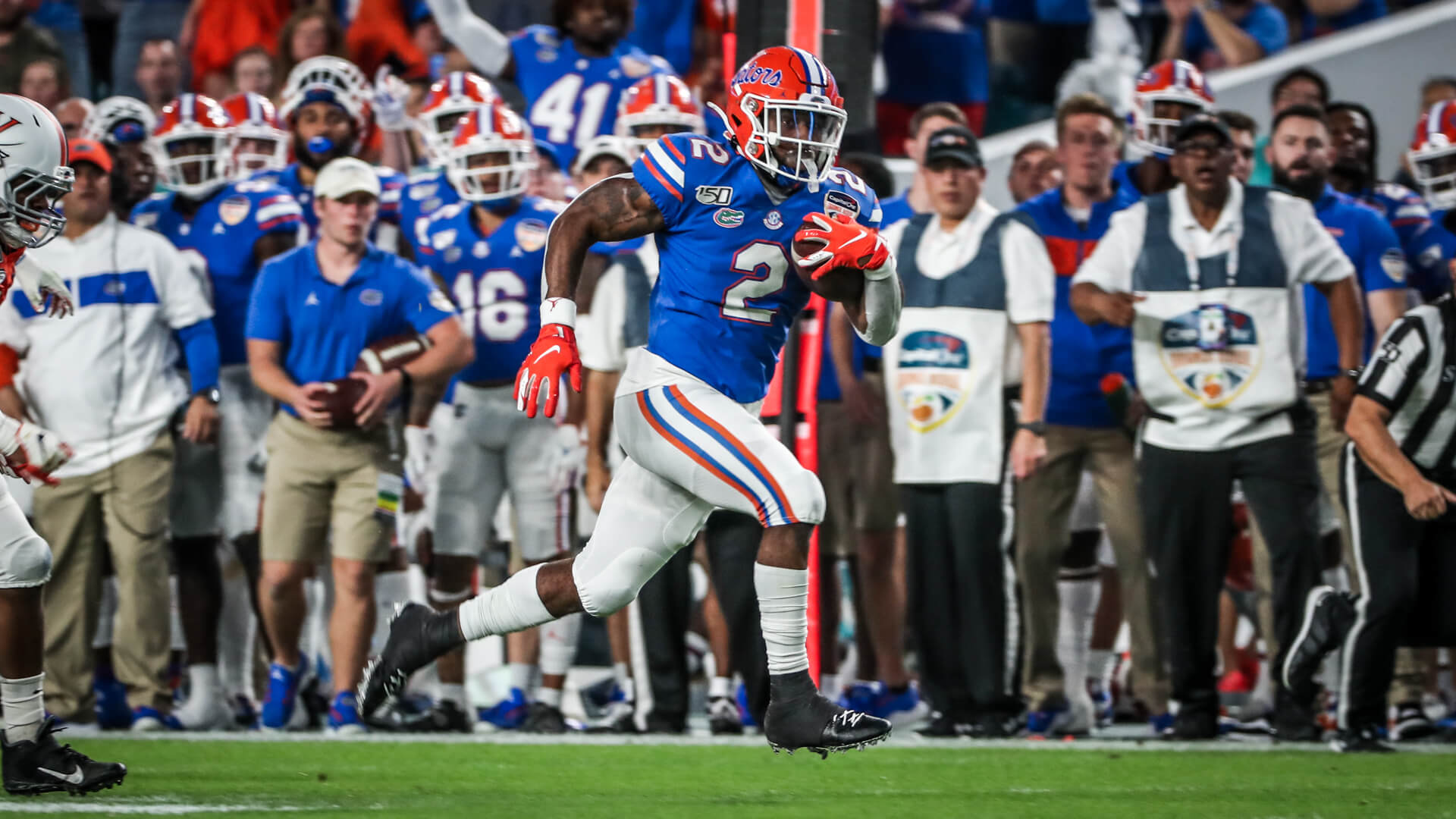 Florida’s 2019 season has come to a close, and now that the holiday season is over, let’s begin to unpack it all. The first order of business is the postgame wrapup of the Gators’ final game of the year, a somewhat underwhelming 36-28 Orange Bowl win over Virginia.

So: what were the takeaways?

1: Virginia confirmed that 2019 Florida was a great, but not elite team. The Gators absolutely deserved a New Year’s Six Bowl as a reward for a strong 10-2 campaign, and they won that New Year’s Six Bowl game, which is great. But the game also highlighted the gap between Florida and the nation’s elite teams. The Clemson Tigers took Virginia’s best shot in the ACC Championship Game and blew them away, 62-17. That is what elite teams do with inferior talent, as hard as they may fight. They blow them out. Losses to Georgia and LSU were not anomalies: Florida did not belong in the College Football Playoff, and they harbor no arguments to finish as a top five team this year. I can’t bring myself to complain about an Orange Bowl victory, but the one possession victory over a team that isn’t even ranked in the AP Poll in a virtual home game does serve as a sobering reminder that this program’s climb still has a little ways to go.

2: LaMical Perine is going to be dearly missed. Florida is still stockpiled at the running back position for the foreseeable future, to be clear. Malik Davis and Dameon Pierce are back, former Miami Hurricane tailback Lorenzo Lingard transferred to Florida, and NayQuan Wright has a promising future. But Florida lost an absolute baller in Perine. He struggled stat wise this year due to an offensive line that never really figured out how to run block, but showed his explosive play power one last time on a 61 yard touchdown run on the third play from scrimmage to kick start an unforgettable finale. Perine totaled 181 all purpose yards (43 of them through the air on five catches) and three touchdowns to make sure the Gators stayed one step ahead of Virginia on the scoreboard at all times en route to Orange Bowl MVP honors. His blocking and pass catching skills in and out of the backfield are going to be hard to replace, to say the least. Not to mention his grit.

3: Todd Grantham did not help matters with his defensive game plan. Bryce Perkins is one of the best athletes and toughest kids Virginia will ever sign without the surname of Barber, but there was no excuse to let him do what he did to the Gator defense. The game plan appeared to be to stop his running ability… which they did, but at a heavy price. Perkins roasted Florida for 323 yards through the air, the fourth most in any game of his two year career (mostly against weak ACC competition) and a career high four touchdown passes. I understand that without CJ Henderson, the secondary isn’t elite, but you’re then testing them in one on one man coverage situations if you send heavy blitzes so frequently. Grantham did run a few nice stunts that I liked, and dialed up a perfect bait and switch late in the game which led to a Kaiir Elam interception, but there was absolutely zero excuse to let the seventh most efficient passer in the ACC have a career night against one of the most talented defenses he’d ever faced. Especially not with a month to prepare for him.

4: Kyle Trask was steady as always, and seems to be the favorite to be the starter next year. He did throw an early interception- a bad pick, too- but on the whole he was efficient and effective on a night where Florida’s defense wasn’t totally ready to play, turning in a workmanlike performance that featured completing 24 of 39 attempts for 305 passing yards. Of course, Emory Jones had his moments and will have his supporters this offseason, but it’s going to be really difficult to unseat Trask atop the depth chart with his consistency in live game action. Jones does have the higher ceiling, and his running ability does unlock an entire new dimension of Mullen’s offense, but at this point there’s absolutely nothing Trask can do to lose the job; Jones would have to take it from him.

5: Florida’s offensive line showed promise for 2020. As they did against FSU. Granted, those last two games came against ACC teams with a combined record of 15-12 in 2019, but it nonetheless feels as though the unit has turned a corner. With a few exceptions, the big uglies up front did a solid job keeping Trask on his feet most of the night and often gave him time to go through his progressions. And they opened up a few running lanes, too, most notably Perine’s 61 yard touchdown. These guys took a beating throughout the season, to be blunt, but barring attrition or injuries, four starters and several reserves will be back next year, which could provide the Gators with an advantage up front that they really didn’t have this year.