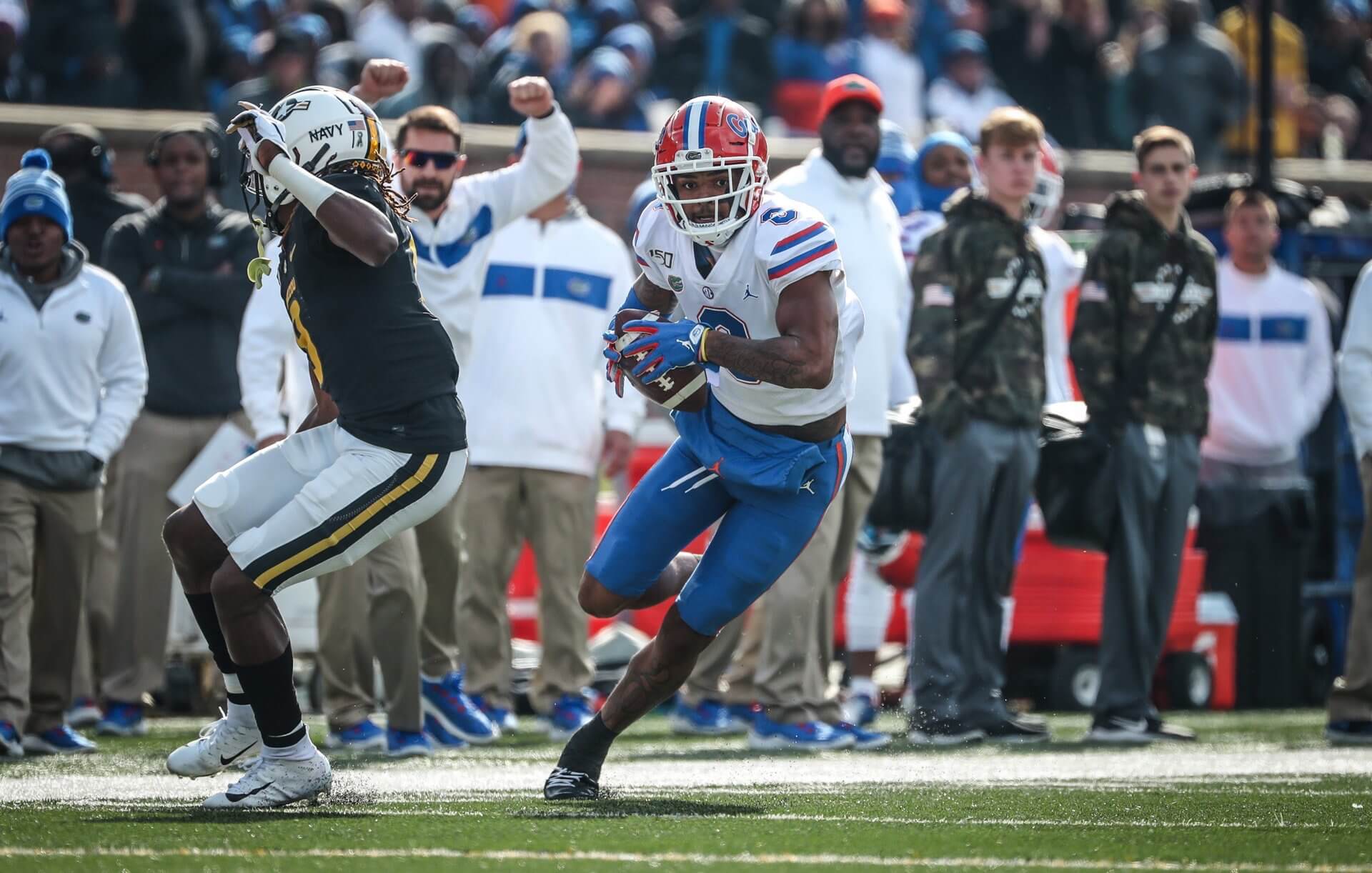 The Gators wrapped up their 2019 SEC slate with a 23-6 victory over Missouri in Columbia this past weekend, staking their claim for another top ten finish. But before we get to all that and what it would mean, let’s take a look back at that game. What stuck out?

1: Florida managed the cold just fine. For all the concerns among Gator fans about how about a bunch of southern boys would handle their first true cold atmosphere of the year, the brisk weather was a non issue. Sure, Florida didn’t play its best game, but we didn’t see any issues we hadn’t seen pop up throughout the year. Enough players made enough plays that the Gators were able to walk away with a three score victory, and that was all that mattered.

2: This offseason has to be spent developing a running game. It didn’t cost the Gators against Missouri and probably won’t again this season pending the bowl game matchup, but Florida really, really needs to work its offensive line to the point where the ground game is at least functional. It’s so bad that Dan Mullen has to put Emory Jones in the game just to make defenses respect the possibility, and it was never more obvious than it was in this ugly contest against Mizzou. Florida finished with a paltry 56 yards on the ground, and 25 of those came on one sweep to Kadarius Toney.

3: Florida will dearly miss LaMical Perine as a receiver. It’s not just the wide array of wideouts that the Gators are losing after this season. Florida will also lose Perine, who never seemed to garner the respect as a pass catcher that he truly deserved. The Alabama native has served as a safety net for quarterbacks over the past few years, an easy check down option that could pick up some easy yards with the vision and agility that got him to be recruited as a running back in the first place. Perine made a tremendous catch in the corner of the end zone, navigating the sideline and the defender to tap his foot down with possession of the ball to land the knockout punch late in the third quarter.

4: Trevon Grimes is the future at wide receiver. Despite the heavy personnel losses that are coming at the wide receiver position this offseason, there will be some explosive pieces left over. And Grimes headlines those returning pieces, along with Jacob Copeland. Grabbing receptions of 17 and 41 yards on back to back plays reiterated the big play threat Gator fans all knew he was, and without having to share reps with so many other talented wideouts, 2020 looks very bright for him.

5: The Missouri demons are dead. Mizzou has been a thorn in the Gators’ side since joining the SEC, and as recently as last year have proven unwelcome members of the division by stomping Florida 38-17 when paper said that absolutely shouldn’t happen. This year, Florida said enough was enough; no longer would Missouri stand in the Gators’ way of accomplishing their goals. Despite the overall subpar level of play, it was clear that Florida at last took the Tigers seriously, and if they continue to do so, this school shouldn’t be a problem for the Gators more years than not.