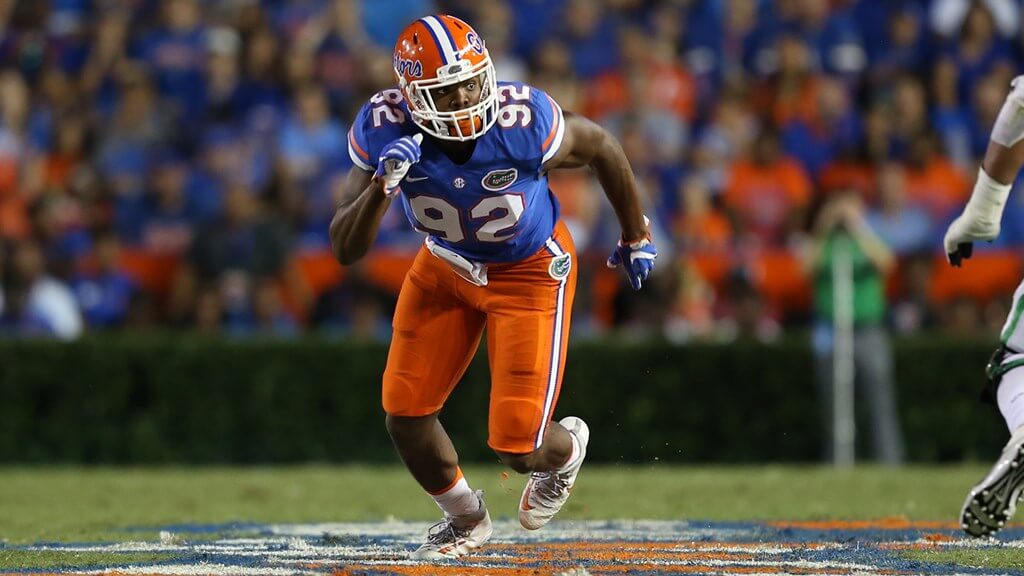 Florida’s day of strengthening its football program just got even better.

On a day where the Gators landed top California cornerback recruit Chris Steele, and found out they got to keep LaMical Perine, Adam Shuler and Van Jefferson- and a day after learning they would retain Tyrie Cleveland- star defensive end Jabari Zuniga announced his intentions to do the same.

Zuniga was a one man mayhem machine last year opposite Jachai Polite. He finished with eleven tackles for loss and six sacks, both good enough for second on the team behind Polite. But he had a difficult decision to make in regards to whether he should stay or go. Citing the chance to play for a national championship and the chance to earn his degree, Zuniga opted for the latter.

And while he certainly had enough potential to get drafted by someone seeking a DE with major upside, we get to watch him get closer to realizing that potential for another year in orange and blue.