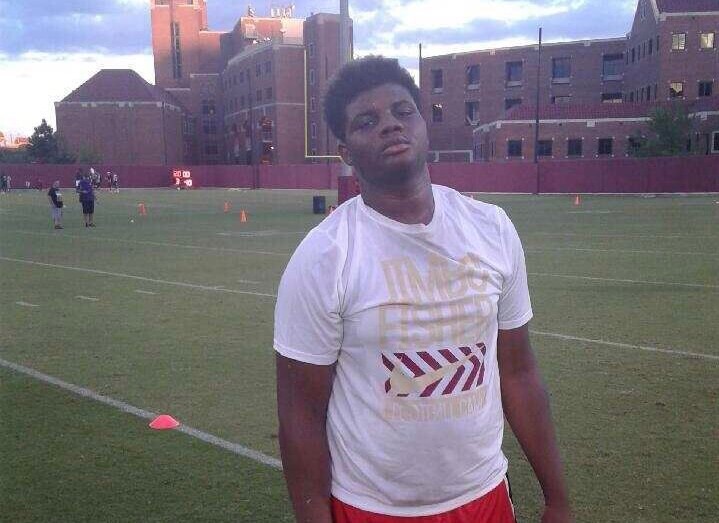 With their 2020 recruiting class in the home stretch, the Gators have built up a strong head start with its 2021 class.

Offensive tackle Javonte Gardner (Orlando, FL/Jones) has committed to Florida. He becomes the eighth commit in the Gators’ 2021 class, which at this extremely early stage in the cycle ranks 4th in the country according to 247’s composite rankings as well as Rivals. Gardner, who grew up an FSU fan, also had offers from Minnesota, Kentucky, South Carolina and Tennessee.

He is not yet rated by any of the major scouting services, but that’s more due to the fact that they have trouble ranking too many players before the preceding cycle is complete than anything else. You can watch his highlights here.

Stars, rankings and ratings be damned, though. Dan Mullen’s team is in a position where no amount of linemen is enough. Florida’s offensive line was competent in pass protection this year (and calling it competent is very generous) but it was flat out horrendous in terms of run blocking, and it was clear that something had to be done. Florida reeled in seven offensive linemen in the 2019 signing class, but two of their offensive guard signees (Deyavie Hammond and Wardrick Wilson) never made it to campus. So Mullen and John Hevesy responded by landing five more in the 2020 cycle. Now, if nothing else, the Gators have an abundance of young options to go to should the line not take a massive step forward in 2020.

Although it’s still extremely early, Gardner currently leads the country with the most interesting quote of the cycle thus far. Speaking to Rivals, he remarked, “I feel like I’m a fit for them. Growing up, I was actually a Florida State fan, you know? But now I’m at the age where I understand football.” Nothing like a little subtle shade directed at his now-rival school across the state.