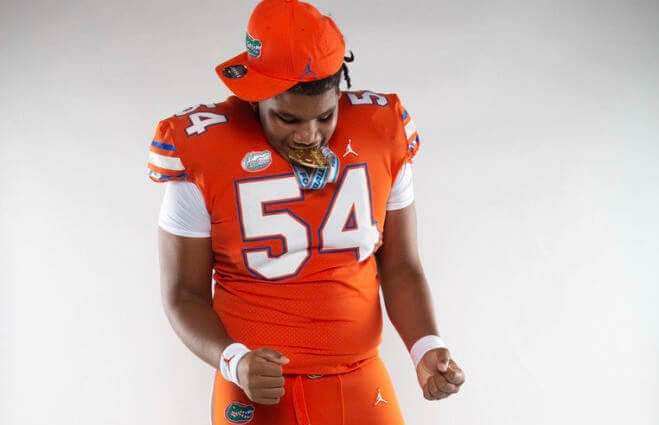 Florida’s 2020 class has now picked up its second commit of the weekend.

My grandma reaction was priceless, This is who I do it for💙 on to the next chapter @gatorboy🧡🐊 #GatorGangXX #GatorNation pic.twitter.com/kSmvQsSKOc

With Mincey’s commitment, the Gators now have fourteen commits in its 2020 class, including two offensive linemen after the 6’3 350 lb. Jovens Janvier committed on Friday night. With Mincey, Florida added another monster.

Don’t let the three star rating fool you. Mincey- who stands 6’5, 325- also had offers from Georgia, FSU, Miami, Mississippi State, Missouri, Penn State and Nebraska. And if there’s any position where the star rankings don’t matter in the slightest bit, it’s on the offensive line. I tend to trust offensive line coach John Hevesy with what he’s doing on the recruiting trail, as his track record speaks for itself.