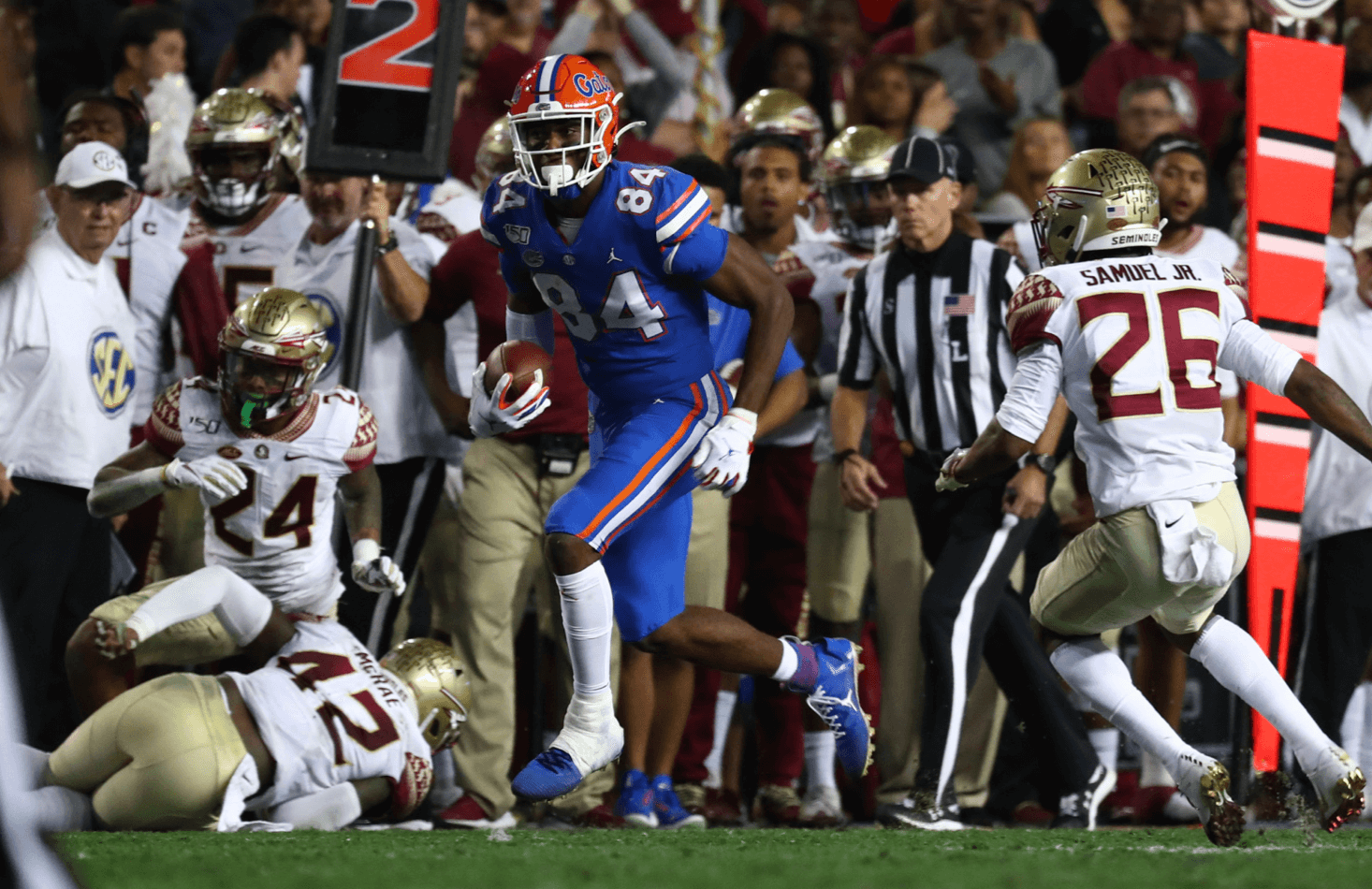 With kickoff just around the corner, our position by position previews of the 2020 Gator football team are about to start hitting the presses rapid-fire. Having already published our previews on Florida’s quarterback, running back and wide receiver rooms, the first of two position previews to go today will be on the tight ends.

(Aside: check out our Ole Miss preview podcast with former Rebel star Shay Hodge! [if you don’t have Apple Podcasts, you can listen to it here.] Additionally, you can check out our podcast anytime by simply clicking on the “podcast” tab of our main navigation menu. I know, we’re just full of content this week. Isn’t it great?)

Duh. The preseason John Mackey Award favorite isn’t going to have too much of a problem holding onto the starting job at Florida barring injury or a positive COVID-19 test. The Gators do have some talented guys backing him up (see below) but Pitts is basically a wide receiver who can block and must be treated as such by opponents (see his 54 catches for 649 yards and five TDs last year). He’s become such a problem that opposing defenses have to place a cornerback on him and play press coverage; otherwise, his quick feet and strong frame will result in him separating and getting open every time. It’s unclear just how strong his numbers will be in 2020 given the return of Trevon Grimes and the promise of an improved running game, but in a season filled with uncertainties, you can bank on the ball heading Pitts’ way when the game is on the line.

In truth, you could make an equally strong case for either Zipperer or Gamble here, so I’ll fall back on last year to break the tie. That means, though there’s a monster gap between one and two on the depth chart here, I’ll go with “Zip,” as he’s called, as the backup option since he accumulated some stats last year (three catches for 31 yards and a touchdown) behind Pitts and the now-Pittsburgh Panther Lucas Krull. Zip’s promising athleticism is paired with an impressive offseason showing that included him holding his own when Pitts sat out a few practices, meaning that he’s slowly becoming a piece of the offenses that the coaches can trust. He’s not quite as big as Pitts, but he’s both big and quick enough to present some of the same matchup issues that Pitts does. If Florida decides to play around with a lot of dual-tight end sets, Zipperer could be the breakout player of the team.

You can essentially copy and paste the paste the synopsis of Zipperer in here for Gamble, albeit without a single statistic in 2019 (he mostly served as an extra blocker last season). He’s a high-ceiling athlete who’s impressed coaches this offseason and will fight Zipperer for that backup spot on the depth chart, and at least in terms of pure ability, isn’t much of a drop-off from Pitts. Though not as looming a figure as Pitts, he’s still a foreboding presence as a pass-catcher and must be accounted for as a weapon in the offense. Playing time is going to be hard to come by if Pitts is healthy for both Gamble and Zipperer, but if circumstances dictate it, Gamble could thrive.

Pitts is probably the best tight end in the country, but what’s lost in that statement is that his two understudies are mismatch nightmares in their own right. This is by far the 2020 Gator football team’s biggest position of strength, from #1 down to #3 on the depth chart, and the trio of athletes Florida has here forces defenses to create a hybrid defensive line/linebacker/safety position just to deal with them. Sure, neither Gamble nor Zipperer are proven the way Pitts is, but there’s no debating their capabilities- and in an apocalyptic scenario where they’re forced to replace Pitts full-time, the offense shouldn’t miss a beat.

The first A+ grade to a position I’ve given since the Florida secondary in 2016 is a pretty easy call. It’s again worth cautioning that Pitts’s numbers may not improve from 2019, but that’s because he’s such a problem for other teams that he draws manpower from elsewhere on the field that then frees up a teammate of his- say, Trevon Grimes- to add to his numbers. And it’s again worth noting that, though there’s a drop-off in terms of production between one and two on the depth chart, the 2020 Gator football squad it still equipped with two very capable backup tight ends waiting in the wings. There’s not a single team in the SEC- and maybe in the country- that presents such an inherent mismatch with its tight end position.